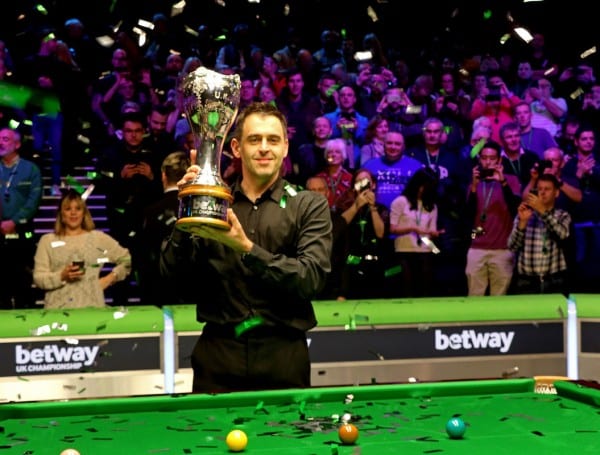 The Betway UK Championship is considered the second biggest ranking event, after the World Championship, and those two tournaments combine to form the Triple Crown, along with the Masters. Taking place in the York Barbican Centre, this event is expected to live up to the drama and excitement of the last year’s Championship. Takes place 5th December 2021.

The event features 128 of the world’s leading players battling for the first Triple Crown title of the snooker season. Neil Robertson is the defending champion having having defeated Judd Trump in a high-quality final 12 months ago.

Ronnie O’Sullivan has won the tournament a record seven times, most recently when beating Mark Allen in 2018.

Televised by BBC and Eurosport, the event is run over 14 days at the Barbican Centre in York.