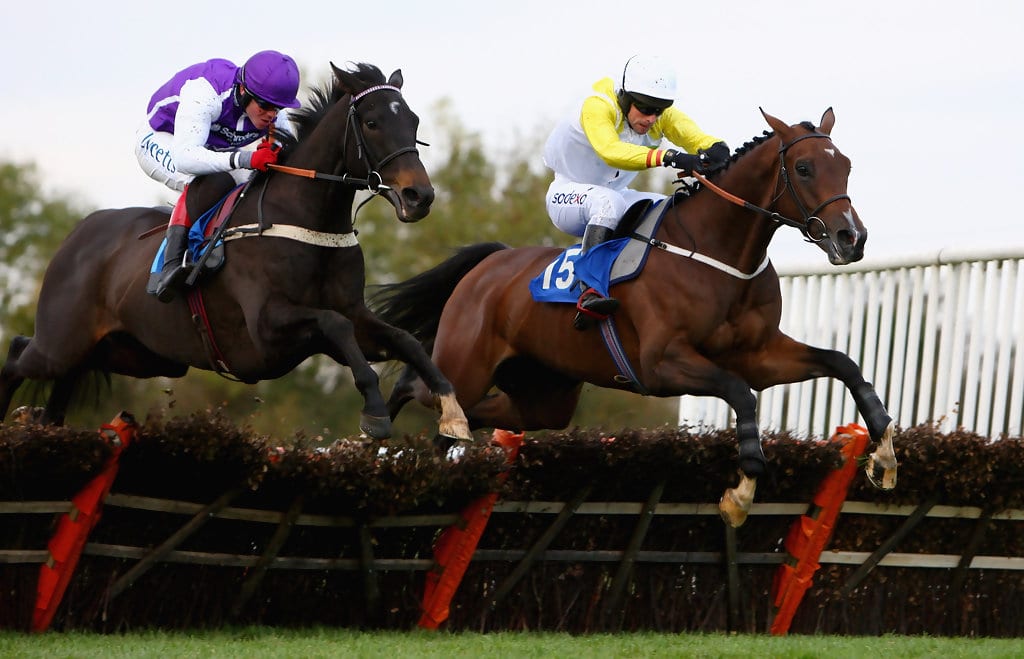 The Highlight Of Our Racing Season! The Peterborough Chase is our most established and prestigious racing event of the year. Since the race was first staged in 1969, the racecourse has witnessed some of the most famous names in jump racing win the Grade 2 Listed race. The list includes Desert Orchid, Remittance Man, Dublin Flyer, One Man, Best Mate, Edredon Bleu and Monet’s Garden.  Last year, First Flow for Kim Bailey’s team took the cup home after an impressive ride from David Bass – who will be victorious this year? Soak up the racing atmosphere with live music throughout the course of the day and enjoy a pre-race equicizer demonstration from the British Racing School for a fun insight into what it takes to become a jockey.  Brought to you by: 10:30AM12:15PM3:25PMEven the quickest of glances at the roll of honour for the Peterborough Chase tells you all you need to know of its rich history and prestige. The highlight of Huntingdon’s season, the meeting itself offers up one of the highest quality Sunday afternoon cards anywhere in Britain all year. Featuring seven races which wouldn’t look out of place on any racecourse on a Saturday, the meeting is headlined by the Grade Two Peterborough Chase. Some of the most famous names in Jump racing have won this two and a half mile contest over the years, including Desert Orchid, Remittance Man, Best Mate, Monet’s Garden and Edredon Bleu, who was successful a record four times at the turn of the century. Not only do racegoers get a chance to see top class action, there are plenty of Cheltenham Festival clues on offer too with many contenders going on to races like the Ryanair Chase at Jump Racing HQ in March or the Melling Chase at Aintree’s Randox Grand National Festival in April. The supporting card is a strong one and includes the Listed Henrietta Knight Mares’ Bumper, which is no stranger to throwing up a star or two itself, including a future Grade One winner in La Bague Au Roi. With an electric atmosphere and thrilling racing to warm even the coldest of December afternoons, Peterborough Chase Day is not to be missed.